Smarter Than The Book 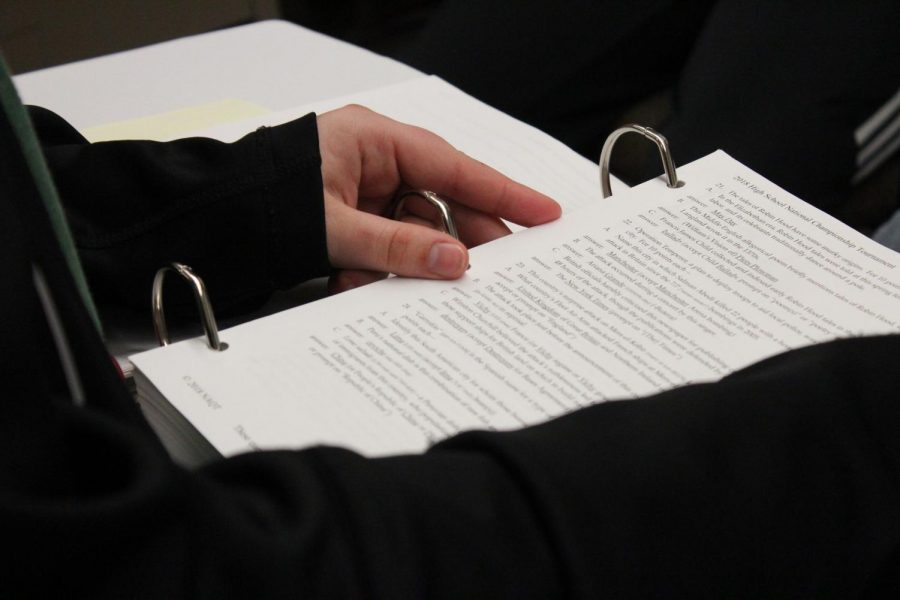 A member of Scholar Bowl quizzes another member for their upcoming competition.

Scholar bowl is a club where students compete against other schools and try to answer trivia questions as fast as they can. It is a very competitive club. They meet every PLT in room 230 with Ms. Odom to practice for upcoming competitions. Members quiz each other from a binder of questions that may be asked at the competition. They never know what questions will be asked it is different each competition. The students must attempt to memorize as much as they can.
They won their most recent competition against Carl Junction.
“The first game Scholar Bowl won by 420 to 390 and the second game we won by 430 to 290,” junior Robson Dasilva said.
On friday, May 3rd they are going to Columbia to compete against Parkway South and other schools. Scholar Bowl hopes to win and the members will leave school at 1:20 and spend the weekend in Columbia. The competition is going to be held on the Mizzou campus.
The members that are going to state are Dylan Morris, Katie Lynch, Anna Weiner, Taylor Cobb, Josh Lawson, Chase Sponenberg, Roman Taylor, CJ Wears, and Mike Owsley.
Although, all these members are going only four members will be competing. These include Taylor Cobb, Josh Lawson, Chase Sponenberg, and Mike Owsley.