Whats really going on behind the closed gates of Area 51?

By ZACH ARNOLD AND AARON SAWCHAK 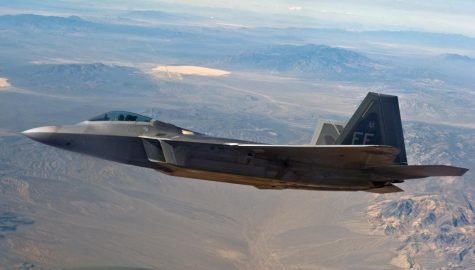 The U.S we’re  conducting low flying planes for recon missions about one hundred and fifty six miles from Las Vegas in Nevada in the early 1950’s. The constant  fear of being spotted and shot down led President Eisenhower to authorize the development of a top secret high altitude recon aircraft project called the U-2. This required a remote area not visible by spies or civilians. Area 51 was perfect for this.

The sheehan family owned a groom mine property overlooking the secret base Area 51. The family no longer owns the title to the property that the family owned for one hundred and thirty years. The Federal government took the deed through eminent domain after offering the Sheehan family $333,000 which they thought was extremely low. The family has still not been paid for the land but are very prepared to fight in a jury trial.. Sheehan told Fox News that Air Force officials started showing up unannounced on the property in the early 1940s and 1950s to intimidate his grandparents. His family made complaints to the Air Force but nothing ever happened. After the Air Force confiscated the property on September 16, 2015, the family had three experts appraise the property. Each appraiser noticed its unique value and came to a conclusion that the land was worth 44 million to 116 million dollars.

In contrast to commercial airliners, which can fly at altitudes of around 30,000 feet, U-2 planes could reach heights of 60,000 feet. This led to the misconception that U-2’s were extraterrestrial flying objects. With Air force officials knowing these  sightings were actually U-2 tests they decided to cover this up by saying that these sightings were “natural phenomena” and “high altitude weather research planes”. The CIA officially acknowledged the existence and location of this base in 2013. In July 1947, the military sensationally announced in a press meeting that they had found the remains of a crashed flying saucer in the desert. The following day they retracted their statement saying that it was a U.S air force air balloon. Sheriff Jess Slaughter and Deputy Sheriff Charles Fogus were on duty the night of the incident.

In the interview with Sheriff Fogus he claimed that  he saw a flying object smash into the side of a river bed. The object was “100 feet” across. “When we got there the land was covered with soldiers and they were hauling a big creature,I saw the legs and feet on some of them and they looked like our feet.

After the Soviets took people to the moon the USA felt pressured to do the same. Not having the technology that the USSR had, the Americans were desperate to get someone to the moon. Area 51 was the best place they could find to fake the moon landing. When Neil Armstrong planted the American Flag  in the dirt, the flag started to wave like there was a breeze.