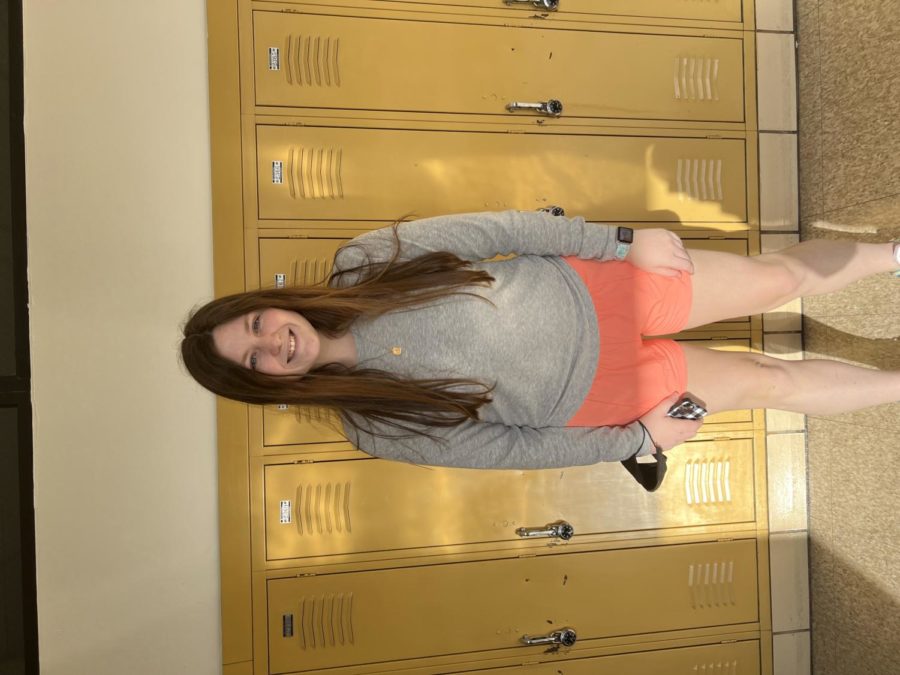 Sophomore Jaidyn Wasson woke up to an unusual lump on her neck that predicted an unforeseen future. Wasson was diagnosed with Hodgkin’s Lymphoma Cancer in the summer of 2015. She was ten years old at the time.

Although the news of the diagnosis was shocking, it was a fight to even receive one in the first place. The first two doctors she went to said that she didn’t have cancer, and that it was only mono. The family continued to test because the mass continued to grow. After visiting the third doctor, she tested positive for cancer.

“I was very mad at the doctors that said I didn’t have cancer,” Wasson said.

“I wasn’t worried, I didn’t even really know what was happening since I was only ten years old,” Wasson explained.

Even though Wasson was relatively oblivious to the impact cancer could actually have, she was angry at the doctors for giving them false hopes.

“One of them literally said the words, ‘you do not have cancer’ to me,” Wasson said.

Wasson explained that those words from the doctor truly made her believe she didn’t have cancer.

“Back then I thought we should stop testing because I thought everything was fine. Looking back at it now, I’m so glad my mom pushed at it because it saved my life,” Wasson said.

Looking back five years, Wasson explains what an average day in the hospital looked like.

“They would wake me up in the middle of the night to check my vitals. When morning came I would just wake up, sometimes get chemo, then just lay in bed all day. There wasn’t much to do since I couldn’t really do anything,”  she said.

Fast forward to today, Wasson lives the same life as any other teenager. Wake up, either go to school or do her online work from home, then either relax or go and hang out with friends.

Whenever she was able to go back to school she was nervous about how people would look at her.

She explained that going back to school actually ended up going great. It gave her a sense of normalcy to be back with her friends.

Wasson’s biggest insecurity through all of this was losing her hair. This happens because chemotherapy targets the cells that help grow and develop hair. She always wore a hat when she went out because she didn’t want people to see her shaved head. As she got stronger through her journey, she realized that she shouldn’t be ashamed of it. Wasson wanted to share some great advice to other people going through the same thing.

“Even though you’re bald don’t be afraid to not wear a hat, just embrace it,” Wasson said.

Another huge help for Wasson was her mom. Springfield isn’t equipped with the correct doctors to help cancer patients, so they had to travel to Kansas City for treatment. This caused Wasson to be away from her family and friends frequently.

It was difficult for Wasson to think about anything other than cancer while she was staying in the hospital.  Having visitors always helped to take her mind off of things. Her cousins lived in Kansas City so they came by often and talked to her. The best days she had were when people came to talk and hang out with her.

“My main supporter was my mom. She came to everything with me,” Wasson said.

Wasson’s mom, Jenny, gave an amazing amount of advice. She started off with a quote that she found when Wasson was first diagnosed. Jenny explained that this quote has stuck with her all this time.

The quote is, “Don’t forget that you’re human. It’s okay to have a meltdown. Just don’t unpack and live there. Cry it out and then refocus on where you are headed.”

Jenny has a few tips for other parents going through something like this.

“If I’m giving advice to a fellow cancer parent, it would be that it’s okay to be human. It’s okay to have those bad days. It’s okay to be scared. It’s okay to be mad and sad. It’s not okay to stay in that frame of mind though. You have to keep fighting and advocating for your child because no one else is going to,” Jenny Wasson said.

Jenny explained that this whole experience was nightmarish.

“I’m not sure I can pick just one thing to be the hardest part. It’s always terrible as a parent not to be able to take away any pain or discomfort your child is feeling. That is no different when your child is battling cancer. Trying to maintain some sort of normalcy for our family was also tremendously difficult. Because Jaidyn’s treatment was all taking place in Kansas City, she and I were three hours away from her siblings. I couldn’t be in both places at once, so I had to miss a lot of school events and ballgames. I wasn’t physically here to ease their fears and comfort them. There was a lot of “mom guilt” in feeling like I couldn’t find a normal life balance for my three children.” she explained.

Wasson shares one of her worst memories. She got a very high fever from a blood transfusion she had a few days prior. Fevers can be very dangerous for cancer patients. This is because if you get a fever, that means your body is trying to fight off germs. Any type of germs can be alarming for cancer patients since they are at a higher risk for infections due-to their decrease in white blood cells. She had to be rushed to the hospital in an ambulance a couple of days before Christmas Eve. She was feeling down because she had to be in the hospital and away from her family during the holidays. Thankfully she ended up being able to go home the night before Christmas.

Before being diagnosed with cancer, Wasson was actively involved with softball and basketball. When she was cleared, she attempted to get back into it. Unfortunately she was physically unable to fully recover.

“I tried coming back to softball and basketball when I was cancer free but you could just tell I was behind because of all the time I had missed. At first we thought that maybe I was just rusty and I would eventually catch up. But after a few years, I was still behind and that’s when we figured out I couldn’t do it anymore.”

Wasson explained that at first she got frustrated and it was hard to see her friends and teammates move on without her.

Ever since being diagnosed with cancer, Wasson feels like her mentality has changed. She has begun volunteering often and it has sparked interest for what she wants to do as a profession.

“I do want to go to college to study and be a pediatric oncologist,” Wasson says.

A Pediatric Oncologist is a cancer doctor for children.

Enduring a life threatening disease like cancer is so draining in multiple ways.

“Most days were good but some days were hard. I just remember being sick and tired all of the time, I didn’t really feel any emotion,” Wasson said.

Wasson explained that the treatments she had could be extremely painful.

“The most vividly painful thing is getting my port access,” Wasson said.

Since chemo is so strong, it can’t be inserted into your arm veins because it will ruin them. Therefore a port access had to be surgically planted in her chest. Everytime she had to receive chemo they would stick needles in the port access.

When going through a hard time, it can be hard to take your mind off of what is happening. Occasionally there can be a distraction.

“I can’t think of a time that I ever forgot I had cancer.”

This shows how truly intrusive cancer can be in one’s life.

Next May, Wasson and her family will celebrate the six year anniversary of her cancer diagnosis.

Though many suffer with cancer, Wasson was fortunate enough to beat her battle. Wasson’s future will consist of many things, and she is grateful for every opportunity.

“I will definitely be volunteering and helping people however I can,” Wasson said. 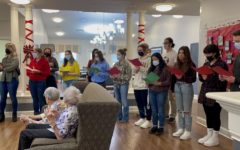 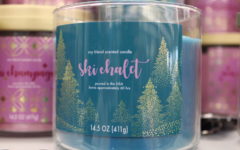 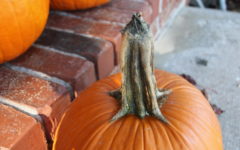 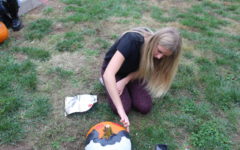 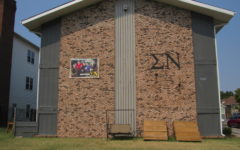