The Golden Girls and their happy feet have a busy spring among them. They have lately been practicing for state and nationals, which are competitions that could win them titles.

In preparation for competitions, Golden Girls have their normal practices twice a week plus many more added on top of that. Their dances have been professionally choreographed and are cleaned to perfection.

The poms team is kicking off the season at Missouri State on January 25th. At this competition, they will compete against local schools with group dances and solo performances.

“My favorite thing about competing with my team is that “we did it” feeling after performing and how hype everything is,” junior Aspen Lance said.

Golden Girls compete at Nationals in Orlando, Florida, January 31st through February 2nd. At Nationals, the team competes against dance teams from across the country. Since they compete at Disney World, they also get the opportunity to venture throughout the parks while they are there.

“I mainly look forward to Nationals. We get to have fun but also compete against the best teams in the nation,” senior Acacia Simmons said.

The poms team competes at State in Kansas City on February 29th. They have the chance to win a state title and compete against teams from all over Missouri.

Not only are these girls busy with competitions and practices, they also dance during halftime at each home basketball game and perform around Springfield at events such as Tournament of Champions and Springfield’s Christmas Parade.

“This is absolutely the busiest time of year when it comes to poms but it all pays off in the end and I make good memories with my teammates,” Simmons said.

As Golden Girls are quickly approaching competition season, they appreciate all of the student support they can get at games.

“We love to hear everyone in the stands cheer for us. It would be awesome to have that same support at competitions, especially Sugar Bears since it’s in Springfield,” Lance said. 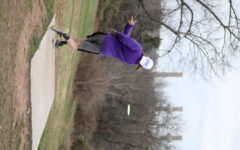 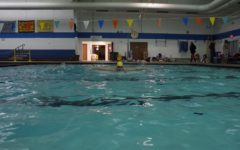 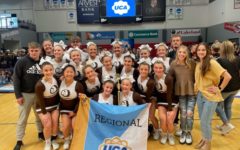 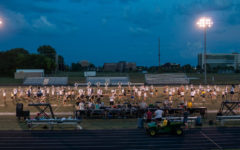 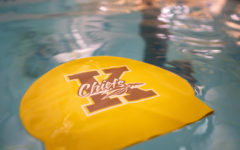