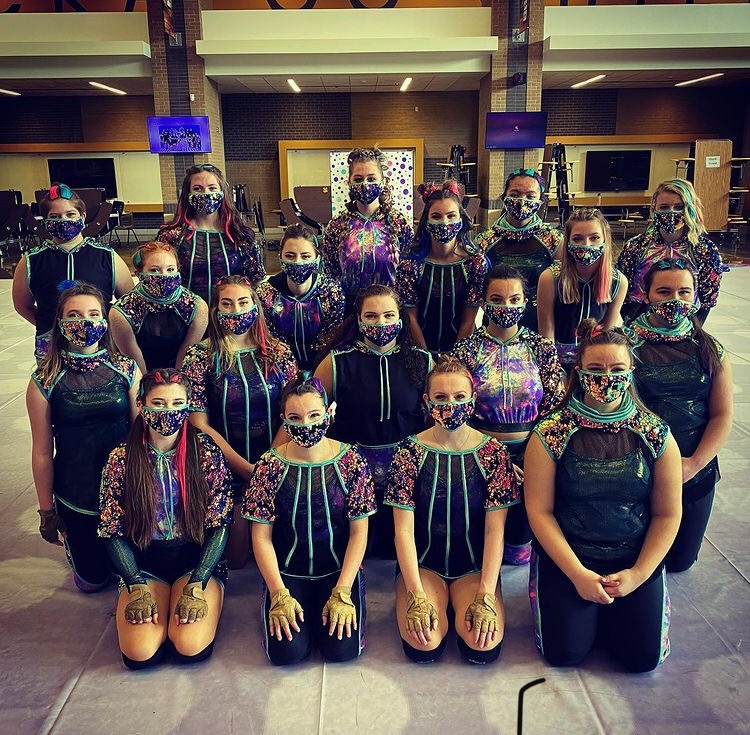 The KHS Winter Guard team is now diving headfirst into their competition season. After working tirelessly for months and now they have officially begun the recordings for their online competitions. They have submitted to the Winter Guard International competitions and Mid-Continent Color Guard Association. Team mentor Sammy Marquis is confident in the team’s abilities to go far this season. “… the winter guard community as a [has done great to] whole to make this year fun and exciting like years previous,” Marquis said.

They have now advanced to the semi-finals with their WGI competition where they now get to compete with some of the best teams from around the nation. They are having yet another showcase on March 27th at Ozark Highschool where they will show off their performance to family and friends alongside another highschool in the area. The team has been working tirelessly from after-school practices to all-day practices on the weekends. According to team member Mackenzie Crismas “The teams this year will be competing virtually by submitting videos and receiving scores based off them,” she also agreed with Marquis in saying the team was very excited for this current season.

Make sure to get out and support this year’s team in whatever way you can. For regular updates and an inside look at the preparations for their program Visionary go follow the Kickapoo Color Gaurd page @kpoocg on instagram.