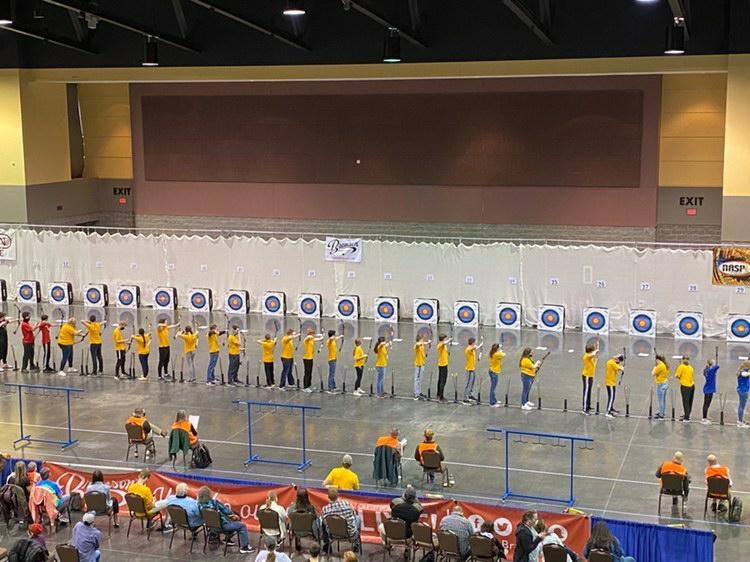 The archery team is on their way to nationals! While the rest of the school was on Spring Break, the state qualifiers competed earning 17th in the state of Missouri, and the team as a whole the opportunity to shoot at the national competition. “I think we shot pretty good,” sophomore Isaac Williams said. Over the next few weeks, the team is practicing preparing for the national competition taking palace in early May. The team has already achieved its goals for the season. “We made it to nationals which is always a goal.” junior Audrey White said. The team was cut off from their season last year alongside the rest of the school’s clubs and sports and according to White, they were just happy to be all together again. Congratulations to the archery team and good luck at Nationals!